Several homes are under construction in 1900 block of Homestead Drive by Gold Creek Homes of Weatherford, Texas.

The City of Hobbs Planning Board on Tuesday approved initial plans for 32 new homes in a proposed subdivision north of the city, while also approving plats for nearly 100 new homes.

Tuesday morning’s meeting was one of the busier monthly Planning Board meetings as the city is amid a housing boom.

“Obviously, there’s a need,” said Guy Kesner, vice chairman of the Planning Board. “These developers are developing those parcels because they feel the need for housing.”

The Planning Board approved sketch plans for 32 new homes in a subdivision that would be known as The Mesquite Draw Subdivision. The property, south of West Alabama Street and Braniff Drive, is owned by Daniel Johncox. While the land is just north of city limits, it is in the extraterritorial jurisdiction of the city.

The ETJ is comprised of land within 5 miles of city limits that are subject to joint city and county jurisdiction and which are served by Hobbs city services.

The Planning Board also unanimously approved plans for 94 new homes in five other subdivisions in and around the city. 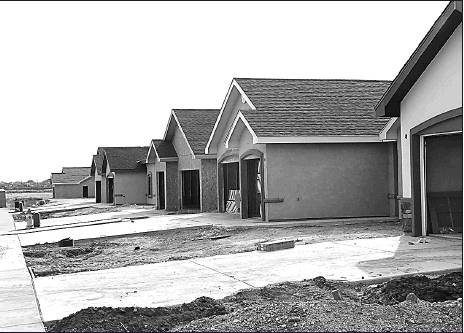 The board gave final plat approval for 20 new homes in the Albertson subdivision, on property southwest of East Glorietta Drive and North Houston Street, which is owned by the JF Maddox Foundation and will be used for Habitat for Humanity housing.

The board also voted unanimously in favor of 31 final plats at The Meadows, on property northeast of West College Lane and Ja-Rob Lane. That land is owned by Lemke Development Inc. of Hobbs.

The board also approved final plat for four homes in the Mid-Way Acres subdivision. The existing subdivision is northeast of Cowboy Junction Church on Catchings Road. The property is owned by Frank Trujillo and is in the city’s extraterritorial jurisdiction. The Planning Board’s final plat approval allows a subdivision of a lot within the greater subdivision.

The Planning Board also approved sketch plans for six commercial lots in The Credo Subdivision, northwest of the intersection of West Kansas Street and North World Drive. The property is owned by Credo Energy Services.

Final plat approval gives developers actual legal lots on which to locate houses, after all required public infrastructure has been installed, he said.