EDCLC
Leave a comment
Reposted with permission from the Hobbs News Sun.

Chicken lovers in Hobbs are in for a “big day” sometime before Thanksgiving, with a second Church’s Chicken to open at 1005 West Joe Harvey Blvd., west of the Cotton Patch restaurant.

“We’re going to do a big day. We’re going to do a lot of things that day,” said Liliana Avelina, Church’s certified training manager and general manager. “We’re probably going to give prizes, free food, things like that. I’m excited about that.”

Although construction has begun, Avelina said the actual opening date has yet to be set since there are a number of unknowns, including inspections.

“The only information we have right now is we’re going to open that restaurant before Thanksgiving,” Avelina said. “This is the plan for right now.” 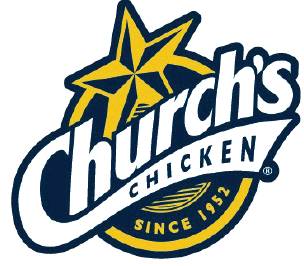 When the new location is built, the company plans to move equipment and staff from the old location at 702 N. Dal Paso Street, closing the old Hobbs location temporarily.

Temporarily means “probably two weeks or less. That’s the plan,” Avelina said in an interview at the Dal Paso location. “As soon as the new restaurant is open, we’re going to move to that restaurant and close this one for no more than two weeks.”

The purpose of the temporary closure of the current restaurant is to remodel and renovate the restaurant, complete with a new kitchen, new guest area and new restrooms, but chicken lovers will be able to go to the new store on Joe Harvey Boulevard during that time.

No changes in the menu of chicken and sides are expected, Avelina said.

A 10-year employee of the Hobbs Church’s Chicken, Avelina smiled, “I’m excited. It’s going to be something big, something great. I wish I had more information I could share with you, but that’s all I know right now.”

Avelina said the certified training manager part of her title means Church’s Chicken franchises all around Hobbs send their new employees to her for training.

Church’s Chicken is an international chain of fast food restaurants specializing in fried chicken, also trading outside North America as Texas Chicken. The chain was founded as Church’s Fried Chicken To Go by George W. Church Sr., on April 17, 1952, in San Antonio, Texas, across the street from The Alamo.

Curtis C. Wynne may be contacted at reporter3@hobbsnews.com .